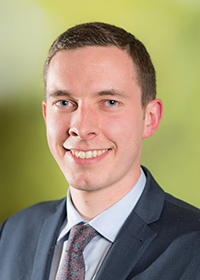 Simon O’Mahony was born in Cork, Ireland. He was raised by his Christian mother who encouraged the reading of scripture and love for Christ. He was converted as a young child, having become aware of his sin and need for Christ. As he grew older he came to a richer understanding of the gospel and God’s word. During his childhood and teen years, he attended various non-denominational churches. At the age of fifteen he was baptized.

He met his wife Megan, a native of New York, while she was studying abroad for a semester in Ireland. In 2012 he completed his Bachelor of Civil Law and married Megan.

In his early 20s Simon arrived at a Reformed understanding of the faith following the reading various Puritan and Reformed authors, as well as wrestling with scripture.

From a young age Simon sensed an internal call to gospel ministry. In the two years following completion of university he was given regular opportunities to preach by several Baptist churches in Ireland. These congregations affirmed and encouraged his desire for ministry. 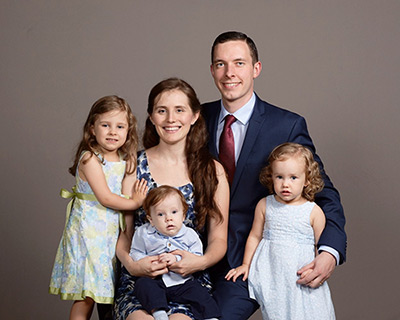 In 2014 Simon left his occupations as a paralegal and a reserve police officer to move with his family to the U.S.A to study at Westminster Seminary California and the Institute of Reformed Baptist Studies. During his time in seminary he served as a Chaplain Candidate (2LT) in the U.S Army.

While in seminary he also had the opportunity to undertake a series of summer internships which educated and increased his desire for ministry. In 2016 the membership of Christ Reformed Baptist Church, Vista, CA voted to license Simon to preach, recognizing that the Lord had gifted him with the ability to expound the word of God.

In early 2018 he completed his Masters of Divinity and was ordained to gospel ministry at Grace Baptist Church. He now lives in Carlisle with Megan and their four children.