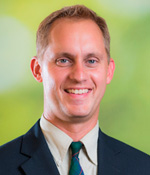 Aaron Beardmore
Aaron graduated from Asbury College, Wilmore, KY in 2000 with a degree in Secondary Mathematics Education. He began his teaching career at our Christian School In the fall of 2000 where he continued to teach for the next five years.  In July of 2003, Aaron married his wife, Amanda, and they have three children. In 2007 Aaron began teaching mathematics at Boiling Springs High School where he is currently employed.  Aaron was elected to the Board of Elders in 2008. 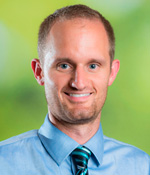 Paul Beardmore
Paul graduated from West Shore Christian Academy, where he met his wife, Becca. He then received his bachelors and masters degrees in history from Shippensburg University. Paul is currently the Middle School and High School Principal at West Shore Christian Academy. Paul also is an adjunct professor at Shippensburg University. He was elected to the Elder Board in 2021. Paul and Becca have three boys. 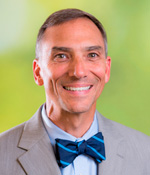 Phil Garman
Phil became a member of Grace Baptist Church in 1977. He currently serves as an ex officio board member for our Christian School. Phil began leading our Junior High Youth Group in 1987 and continued working with our Junior and Senior High youth until 2007. Phil was elected to the Board of Elders in 2002. Phil and his wife, Carol, the music teacher at our Christian School have one adult son and two adult daughters.

John Miller – Senior Pastor
After graduating from Furman University in 2001, John pursued seminary training at Greenville Presbyterian Theological Seminary where he was conferred a Master of Divinity degree in 2007. On the completion of his studies he received a call to Grace Baptist Church, Carlisle to serve as Pastoral Assistant through July 2010. John then went to Clarksville, TN where he led a church planting effort and constituted Covenant Baptist Church. He accepted a call to be Senior Pastor of Grace beginning his ministry here July 2017. Pastor John and his wife Elizabeth have four children. 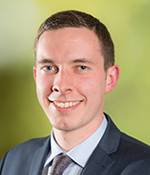 Simon O’Mahony – Associate Pastor
Simon is a native of Cork, Ireland. He holds a Law degree from the University College of Cork and a Master of Divinity degree from Westminster Seminary, California and the Institute of Reformed Baptist Studies. Prior to seminary he worked in the legal sector as both a paralegal and reserve police officer. Simon began his role of Assistant Pastor at Grace in early 2018. Simon’s wife Megan is originally from New York and the Lord has blessed them with four children. 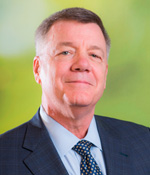 Tom Richwine
Tom graduated from the United States Military Academy at West Point in 1975.  Tom was converted during his last year at the Academy.  Following five years of service in the Army, Tom and his wife Marysol returned home to Carlisle in 1980 and have two adult sons, Jason and Adam.  Tom was elected to the Board of Elders in 1993.  Tom was appointed a Trustee of the Banner of Truth Trust in 2001. 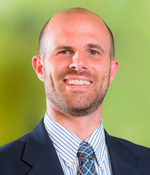 Michael Van Grouw
Mike was saved and baptized as a teenager in a Reformed Baptist church in New Jersey.  Mike graduated from Grove City College in 1997.  Before entering graduate school to become a Physician Assistant, he studied at Westminster Theological Seminary for one year.  Mike currently leads our senior high youth group and was elected to the elder board in 2010.  Mike and Rachel have one daughter and four sons. 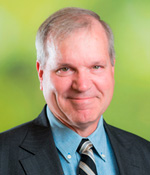 Brad Wenger
Brad was baptized and joined Grace Baptist Church at the age of 14.  After spending two years at Geneva College, he finished his undergraduate studies at Dickinson College in Carlisle.  Brad was elected Board of Elders in 1989 and serves as our Sunday school superintendent.  Brad and his wife Mindy have three adult sons and they both continue to work in their family retail butcher shop.